The recent post about how to become a professional card counter in Blackjack brought back memories from my first gambling activity. It was the year 2003 when I began playing blackjack, counting cards while standing behind the players on the table. My bankroll didn’t allow me to sit down to the blackjack tables, therefore I had to spend hours in the casino and risk my money only when the true count was extremely favorable. Some months later I finally was able to get dealt cards and that’s when these card counting stories took place.

The card counting method I used was the simplest one, called hi-lo. You add 1 for every 2, 3, 4, 5, or 6 card and subtract 1 for every ten, ace or face card. Then you have to divide that running count by the actual remaining decks to calculate the true count. That true count is the real deal, since it implies what your edge is and how much money you should bet in the next round.

So, Blackjack card counters always have a couple of numbers in their heads. If you have seen the movie “21”, there’s some great pictures of card counters’ heads with numbers hovering around them. That is exactly how it feels like. They may be discussing with friends, asking the waitress for a drink or scanning the casino for “heat”. Heat means that they are spotted by casinos’ security and they should stay out of trouble, since card counters are not welcome in the casinos. After all, these customers are there to take money, not spend it. No matter what they do, they always think of numbers.

There are times though that card counters get distracted. I remember that the most difficult question to answer during card counting at blackjack tables was: “What time is it?”. Sure, it’s seven thirty. Ok, back to card counting. Wait, what was that, true count 7? Or thirty? No, it can’t be thirty, that’s way too high. It must have been seven. Yes, true count is seven. Seven means I should bet my highest stake. Cool, let’s make some money. Hm, that’s interesting; none of the other card counters in my table is increasing their bets. Maybe I am wrong? Dealer began dealing the cards, a lot of small cards on the table. Oh man, now I remember, true count was minus two, that’s why my left hand is showing the sign of Victory under the table!

Asking fellow card counters of the true count is advisable, if I happen to lose the count. However I must not ask loudly: “What is the running count, sir?”. If I weren’t spotted until then, chances are I was going to really fast! Therefore, I and some friends had thought of some nicknames to share the true count. The easiest way to do was asking the dreadful question about the time! Only this time the other guy knew what the meaning of the question was. Besides, we all wore watches! “Time is 3 o’clock”. Great, now I knew the running count was 3. Play was carrying on with the dealer wondering how on earth it was 3 o’clock when his shift began at 6PM!

Additionally, there was a nickname particularly for running count “5” which doesn’t make much sense, unless you are Greek: “Mujahedin”! Ok, you all know that Mujahedin (or Mujahideen) is a military force of Muslim guerilla warriors engaged in a jihad. What does that have anything to do with Blackjack?! You see, “muja” or “moutza” is one of the rudest and most common Greek gestures. Perhaps we Greeks learn it before we even speak in our lives for the first time! We all use it from time to time! Perhaps if you’ve visited Greece and driven a rented car, you were shown the “Mutza” from other drivers, especially if you aren’t a famous street race driver like us! Anyway, this gesture shows 5 fingers as the image shows and that’s why we used that in case the running count was five.

Moutza was quite popular in old Greek movies

No, we didn’t give the “moutza” to let them know of the count, we said “Mujahedin” or “double Mujahedin” for count “10”! Showing the “mutza” to the other card counter isn’t recommended during play, even when he stands with 16 from last position!

Card counting strategies can be far more complicated than hi-lo strategy. Sophisticated strategies require side-counting of aces, adding fraction values like halves and not round numbers depending on cards visible on the blackjack table and so on. A good friend of mine, who used to accompany me at the casino – hi Petros – tried at one point learning to count cards by one of the most difficult card counting methods, called the Wong Halves. Although he aimed at increasing his edge, it was quite funny to see him trying to complete the calculations while the dealers mucked the cards quickly.

– Wait, wait…. Mmmmm… ok! Oh crap, you already mucked the next hand! What was that last card? A nine or an eight?

Another funny thing about counting cards at blackjack is that newbies are so much focused on the cards, they are staring at the table too much! They don’t even care if the casino is on fire; they are truly absorbed by the dealing of the cards. That is the easiest I guess way to point out the card counters other than the bet sizing. Players who keep their hands on their mouths while counting or rubbing their foreheads trying to decide whether they should double that A7 or not is what a professional card counter wouldn’t do. We have all been there but never do that anymore. Experience comes with practice.

The last story is about helping out other card counters by sharing the true count with them from a nearby table. I count cards at a table but the dealer is currently shuffling the cards. A card counter from the next table signals me and tells me that the time is already 4 sharp! Cool, I’m off for a couple of rounds to his table, since the true count is already four! Like bees on honey, several more card counters approach the table. The bets quickly size up to the maximum available and the pit inspector gets notified by the dealer. Heat is building up, but the true count is too damn high for any card counter to leave the table. We need to make money and exploit the edge. The cards are dealt, blackjacks are hit, the shuffle card signals the end of rounds and we all return to our tables. The buzz has ended, naive blackjack players wonder what just happened while card counters’ pockets are filled with chips. It’s time for the pit boss to take down our names. Only we have already left the building! 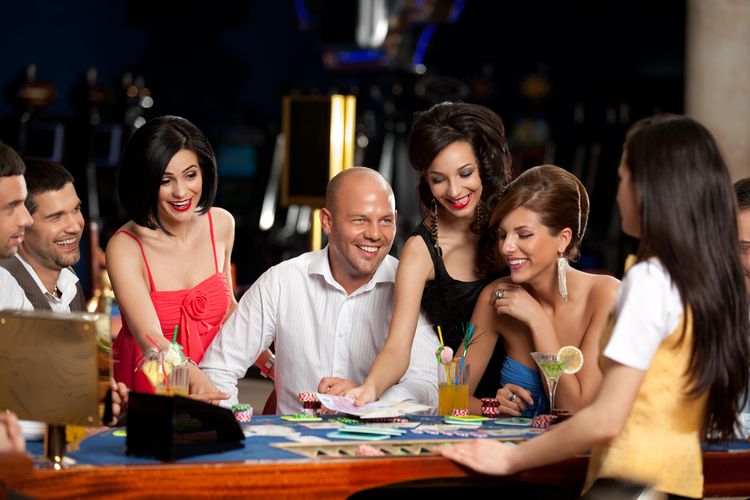 The blackjack etiquette for players and spectators

Blackjack etiquette is about keeping a calm & friendly stance inside the casino. You'll always get invited to join games & stand a better chance of winning.
Jul 18, 2016
4 min read
Apr
28 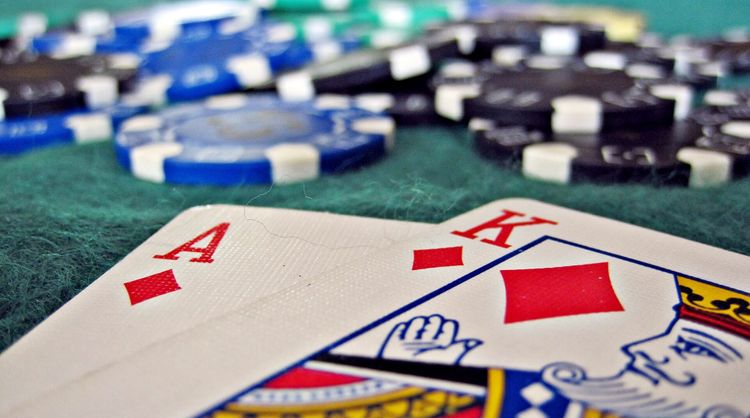 How I got barred from casinos for counting cards at blackjack

Card counting at blackjack tables can make you money but it can also kick you out of the casinos. This is my personal experience.
Apr 28, 2016
8 min read
Sep
30 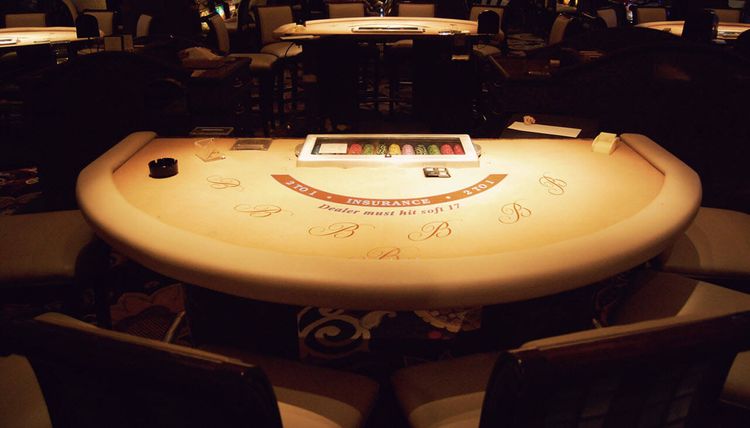 Card counting in Blackjack: From land-based to online casinos

The edge, that blackjack players of land-based casinos have when they are card-counting, can rarely be duplicated in online casinos, even with live dealers.
Sep 30, 2015
4 min read
Jun
13 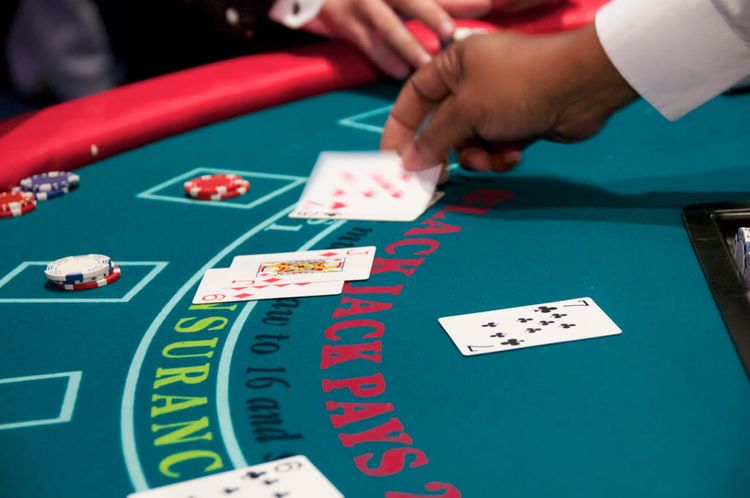 Counting Cards in Blackjack is Not That Impressive

Storytelling of my blackjack career often leads people to believe that counting cards is a well-kept secret or too difficult to master. Let's bust that myth.
Jun 13, 2015
4 min read
Oct
16 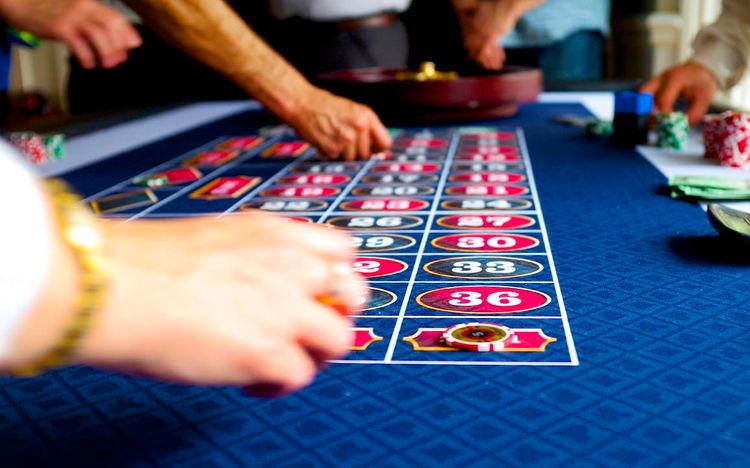 Myths and Tips about Casino Games

Gamblers are often misled by believing in casino myths. Instead, they should be studying helpful casino tips that reveal Lady Luck isn't blind after all!
Oct 16, 2014
3 min read