I have played thousands of poker hands with Randy Lew, also known as Nanonoko at online poker tables. Now Poker Stars will try to increase their popularity and possibly attract even more customers by having Nanonoko attempt to set or break a Guinness World Record at the Caribbean Adventure, PCA in short. Poker Stars have already tried something similar when ElkY set the record for most online poker tables played in one hour. Now it’s up to Randy to bring their name one step forward once again. However they haven’t yet decided what kind of world record they want him to set; they have asked for suggestions and they will credit a $215 entry for the best idea at the twoplustwo forum thread.

The most common suggestion for a poker-related Guinness World Record in that thread must be the most poker hands played in an hour (or day!) profitably. There are a couple more interesting ideas, like most opponents defeated in an hour. Hilarious ideas aren’t going to be missed, such as most times open shoving J5 and showing a profit. For anyone not knowing Nanonoko’s playing style that may come as a surprise, but four or five betting/shoving with total air is one of his favorite poker moves. Tilting opponents when he hits is probably the reason for some of these ideas. I myself have been a victim of those all-ins.

It’s been ages since I last confronted Nanonoko. We used to play against each other at $2-4 and $3-6 poker tables at Poker Stars but also at much higher stakes up to $25-50 No Limit 6-max tables. Since then my poker career took a dive and I was forced to drop down to much lower limits, while Nanonoko was on his way to make 2 million dollars playing cash games!

Randy is one of the few poker players I greatly respect. He is best known for his ability to multi-table profitably up to 24 tables and keeping a loose aggressive style instead of being a nit. His winrate is also remarkable and I would bet he continues to make money at Poker Stars tables for years to come. Poker Stars on the other hand have also managed to dodge the Black Friday bullets, avoiding events like Absolute Poker and Ultimate Bet bankruptcies and Full Tilt Poker lockout. Poker Stars was the single one poker room out of the four the US Department of Justice turned against in April 2011, that still remains in business and have been the home of more than 40 million online poker players! More than 250,000 players play at the same time at peak hours there. 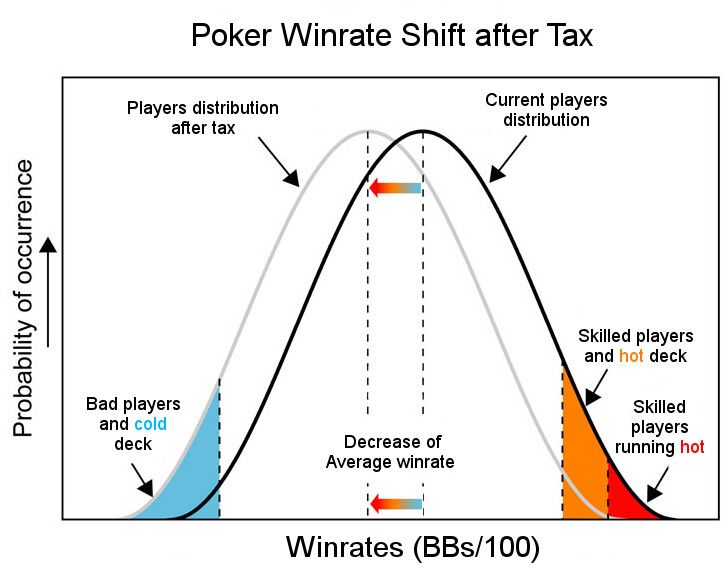