You might remember me playing poker at high stakes, winning $17K pots and losing 30 grand in one day! Those poker days have come and gone. Poker hasn’t been exactly my favorite hobby during the past months, focusing on trading and website development instead. Reasons include Black Friday events and consequences, law changes in many European countries and obviously the 2010 downswing that led to extreme lack of confidence. I decided to start over in mid-March and since my online bankroll in Pokerstars and PartyPoker is rather small, I went on and began at micro stakes. 10 days of $25NL and 25 hours of 8-tabling play resulted to the graph below.

At least there’s still money to be made at micro stakes level! I ran and played quite well hitting a winrate of 6,45BB/100. That is PokerTracker’s Big Bets per 100 hands, since my nowadays favorite poker tracking software, Holdem Manager, shows winnings in terms of big blinds.

Anyway, I suppose I could have added the BB/100 column in Holdem Manager interface. Meanwhile I do have important leaks that need to be filled like the W$SD% statistic, if I’m going to move up levels. Micro stakes’ rake on the other hand is quite expensive, so I moved up to $50Nl where I plan to stay for at least 50,000 hands, trying to catch up with the game. I read a lot about how poker has changed over the last years, but at this point I’m more interested in improving my poker skills rather than pointing out the differences.

4 hours of play is my daily target nowadays, which equals to about 3,000 hands. I did just that yesterday, although I registered in a couple of tournaments at the same time, leading to fewer hands per hour. I don’t want to add more than 8 simultaneous tables as I have witnessed huge impact on my game if I go for 10 or 12 tables. At times I was playing at just five $50NL tables, while taking shots at 3 other poker tournaments, in one of which I ended in the money (192nd place at Pokerstars Warm-up) for a $560 win. I also tried to get into the €530 EPT Grand Final satellite but I almost bubbled two qualifying tournaments. Maybe I’ll be luckier next Sunday.

$50NL went better than my predicted performance of about $40/hour (I’m interested only in the EV graph as you should if you play cash games). If I’m to win less than $25/hour I may well go back playing at micro stakes of $25NL. I’m expecting a drop in the winrate as I move up levels, keeping to the same strategy: 8 tables at the same time, 4 hours per day. Most likely I will be moving up levels until I earn less per 100 hands, therefore going back down to the previous level and staying there.

I’ll try keeping up with a daily poker performance in April, so don’t forget subscribing to my blog’s feed. 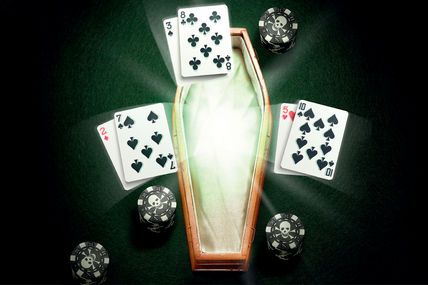