Do you want to become a super successful entrepreneur in your field of expertise? You need to be either the best or the first with a new idea. No other way around it. Yet, you can achieve success by imitating other entrepreneurs as well. You might not become the most famous entrepreneur in that way, but you will survive, to say the least.

Here is how I am surviving the world of entrepreneurship and the little lessons life has taught me till now.

First, let me travel you in time and tell you a story about video gaming.

Striving for best since childhood

Like other 30-something entrepreneurs, I played video games during my childhood. A LOT. Back in 1985, not that many young Greeks had a personal computer in their household. So you can tell I was among the first in my neighborhood to own one. In fact, it was my uncle’s, but I sure enough spent more time than him on it!

That led many of my friends to visit our home to try their luck in gaming.

Oh, let’s go over to Jim! Haven’t you heard, he got one of those PCs they are talking about.

As you might have imagined, I had a big advantage when competing with them in Space Invaders and Millipede. I had been the first local chap to spend my free time on video gaming. That immediately set me apart from the neighborhood’s juvenile competition.

Yet, that didn’t make me the best video gamer when it came to coinOPs. My first-grade friends, who couldn’t afford a PC, spent their money on Golden Axe, Double Dragon and NBA Jam at local shops. I avoided those places, not because I had a PC of my own, but because I couldn’t keep up with my friends.

I sucked, no matter how much I played at home.

So, while I was the first and no one could challenge me at my place, I was certainly not the best gamer elsewhere. Even if I improved my skill at Golden Axe at home, I was still left behind at coin-ops.

Lesson: Location might play an important role in entrepreneurship.

Have you looked at your competition recently?

Continuing on video gaming and fast forward to my teens, I will tell you another story. This one is about my first online multi-playing experience.

I had played video games for 10 years vigorously before I set my foot on the internet for the first time in 1995. Well, that was a BBS with no similarities with the internet we know of today. Still it  allowed me to communicate with other tech freaks of the time.

At that time, I considered myself an experienced video gamer. Especially in adventure games.

Minor lesson: Find an edge in micro-niches inside your niche.

Back then online gaming wasn’t that popular, at least in my homeland. Most people logged into the BBS to chat, post a message, or just have fun discussing in real time with other users. As I was becoming familiar with the online environment, I noticed several users playing a first-person shooter game.

“Great”, I thought, “it’s time to make a name for myself in video gaming”. Adventure games had been a pretty lonely genre of gaming.

The video game was “Doom” and any old-timer reading this should be raising eyebrows now. I was never good in FPS games. Yet, all online gamers at my BBS seemed to prefer that game. So, there was no choice for me, but to try my luck at Doom.

Minor lesson: Only build on your established skills. Don’t let the competition fool you into your weaker parts.

I was… doomed from the very first second of online gaming. Gamers were so used to playing that game that they were on a whole another level. Always running (pressing Shift key), always knowing the best weapons’ locations, always hiding in the best corners. My competitors had a tremendous edge over me.

I had a brief, discouraging attempt on an online flight simulator (Air Warrior) as well. Then, I decided online gaming wasn’t for me. The problem was that competition made me nervous. “I have to win”, was the non-stop thought in my brain. Where’s the fun in that?

I’m still thrilled of the online gaming community nowadays. You’ll find me competing in online racing simulators. There’s still a lot of tension, but at least I am having fun.

Lesson: Track your competition, avoid living under a rock, but try to have some fun as an entrepreneur.

What happened when I was first or best at something?

So, I wasn’t the first or the best online gamer and probably won’t be.

Meanwhile, I was one of the best students in my school. Yet, I wasn’t one in the university. So, I dropped out. I haven’t been the first dropout in Chemical Engineering, either. Even when failing, I failed to be the first!

I am also not the best swimmer, weight-lifter or runner. I do workout for most of my life, but that didn’t get me far. I’m not so good at learning foreign languages either. Nor am I the best programmer, despite my web development efforts. Unless you overvalue basic HTML and WordPress skills!

My life wasn’t all failures, though.

Minor lesson: If you don’t fail, you won’t succeed.

I come from a family with a strong itch for gambling. That led me to develop an interest in games of chance before I went to school! It was around the time I was studying at university though, when I decided to give advantage gambling a go. And the game of my choice: blackjack.

Again, I wasn’t the first or the best card counter in blackjack. I studied and practiced hard before I visited the local casino. Other people had already been doing it for years. Some were never caught by the casinos. No, card counting isn’t considered illegal. Just not welcome by the casinos.

Other successful blackjack players spent their winnings trying to beat other games. That didn’t end up well for their bankroll, as expected.

I had what most lacked: discipline.

Minor lesson: Imitate other entrepreneurs and find your edge.

Being one of the most disciplined card counters helped me to increase my low 4-figure bankroll in a short time. I have seen other card counters throwing away their money, trying to recoup their losses. Not me. I had a plan. I stuck to the plan. I executed the plan from Monday to Friday and never did I gamble my money away.

I was lucky. Risk of ruin was too high with such small capital.

Other advantage gamblers came and went, but I was still playing from 1PM to 5AM the next morning. I knew I had an edge and I just needed to play undetected. But I also needed the money, so I didn’t leave the tables when heat was up. And that’s how my domestic blackjack career ended.

Minor lesson: Always protect your investment as an entrepreneur when the heat is up.

I didn’t pursue the same career abroad. I needed money that I didn’t have. Variance would probably kill my dreams by that time. It was time to reconsider my life.

My bankroll now stood at 5-figures.

I went back to university, but other classmates had moved forward. I was left behind. I couldn’t be the first of my class to get the diploma, nor with the best grades.

I then discovered sports trading. And I might have been one of the first and the best sports traders at that time.

When you are first at something, you are usually the best as well. There’s no competition, really. That’s how it felt when I traded the betting odds at horse racing markets of Betfair. It was like only a handful of people were also doing the same. Most were punters, taking advantage of the higher odds.

What happened? My bankroll skyrocketed.

Lesson: Be the first and try to stay ahead when competitors flock in.

When you are the first entrepreneur with a brand new idea in your niche, things are simple. You just need to execute that idea and watch the money pour.

At some point though, other people will copy your idea and improve your methods most likely. Hence, you have a limited time of success.

Then again, if you are the best at something, that doesn’t mean you’ll always be the best. New, skillful entrepreneurs will enter your niche world. Some will overcome you. That’s why as an entrepreneur you have to keep up with the competition.

Advantage gambling have taught me that.

Letting the word out as being the first will increase your competition. Increased competition may make the market more efficient. Then there’s no edge for anyone. In the meantime, staying at the top is as hard as climbing to the top. While you are resting assured of your success, others will push you down and take your place.

Entrepreneurship is a war. You win some battles and lose some others. But entrepreneurship can also be fun, as long as you remember another important rule: Adapt or die.

To achieve financial freedom via investing is a very slow process compared to starting, running and improving a business.
Mar 21, 2021
8 min read
Jan
11

I'm setting my financial goals for 2021 for both my business and personal life. These include saving money and investing in stocks and Bitcoin.
Jan 11, 2021
9 min read
Oct
18 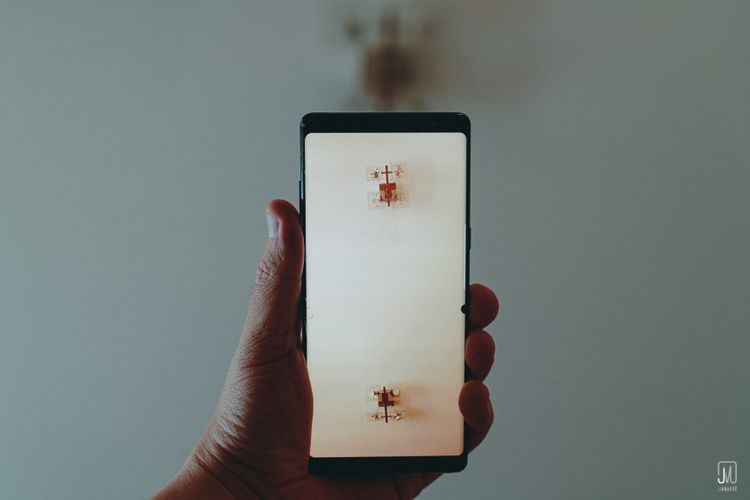 Staring at the Ceiling Inspired me of a Business Idea

When I feel depressed and have negative thoughts, I usually lie down and stare at the ceiling. How about turning those moments into a business idea?
May 27, 2020
4 min read