It is not long since I began getting seriously involved in photography. In fact, it is less than a year. Yet, during this short period of time I had to face one of the most significant challenges modern photographers deal with: how to most efficiently promote my work through social media.

Note that when I mention photographers, I do not only refer to professionals.

Nowadays, each of us has become an amateur photographer carrying around at all times a full feature camera: the smartphone.

After you captured a photo, what would be the most direct route so as your creation becomes available online to your friends and followers? Exactly how and where are you going to publish it, in order to reach at the same time all your accounts on Facebook, Twitter, LinkedIn, Google+, Instagram, Flickr, Pinterest…?

Apart, of course, from the very personal moments. But then again, what’s the meaning of taking pictures we can hardly share?

First of all, we must determine whether we should focus on a single social network only or joining and uploading to several social media. Obviously, our task would be easier in case, for example, we decide to post our photos only on Facebook.

That would need no more than just a few clicks to upload the photo accompanied with a couple of catchy lines, and then the final click on the “share” button. Mission accomplished!

In the meantime, till the next moment is captured and posted online, we simply keep track of how our last creation performs on the internet in terms of likes and shares.

That said, obviously less work and effort come with a catch when you are focusing exclusively on a single social network. If, for example, I do not use Facebook – as sophisticated as this may seem – I would never have the opportunity to take a look at your pictures. Furthermore, even though I may have a Facebook profile I might prefer Instagram or Twitter instead, which you have never joined or posted photos. Bad luck or “fail”?

On the other hand, some people would argue that it pays to direct your audience towards a single destination, for instance, Facebook (or any other social network for that matter). Let’s examine some likely scenarions.

-Sure! Why don’t you visit my Facebook page? My nickname is amazingphotographer79.

-Jim, where can we find the photos you’ve taken during our journey?

-I’ve heard of one photographer, named Jim-something, who specializes on vintage pictures of CDs/luxury cars/nude girls and weapons…

-As a matter of fact, he is my friend on Facebook. Check my likes.

This option minimizes your risk for mistakes as well as the time spent updating multiple accounts on several social networks. Generally speaking, I would not object that. In fact, I would opt for the same route if the internet was not part of my life 24/7.

But, in contrast, I have joined almost any social network available on the web today. You get the idea…

Photo sharing the easy way, quickly to all social profiles

Easy? OK, strike this out. It’s more likely that it seems easy to me personally now that I got used following a certain procedure. Let’s talk about this very procedure.

What you will need:

In general, finding reliable online services to upload your photos would not be a problem unless, of course, you get lost somewhere between these services. And that’s what I will help you to avoid today.

Well, it depends on that “click”. Was it a “click” that came from your camera or another subdued sound coming from your cell phone? Let’s take these, one by one.

8 photo sharing steps: From the digital camera to the social media

Let’s find out what exactly I do after I take a photo with my camera, a Canon 70D.

Hence, your photos are already online and reachable on all social media of your choice with the exact same description. You did not have to write again and again the same words dubbing the same picture since the initial message and description of Google+ are included everywhere.

Hey, did you get how much time and effort you just saved so far?

Photo sharing from the smartphone to Instagram and much further

Let us now follow the sequence of me taking a photo and sharing it using my smartphone.

In this way, it makes no difference whether I take a picture with my camera or my cell phone, since ALL photos are eventually stored on the same medium: my hard disk(s). I can now delete the photos from the cell phone or flash memory of my camera in order to have always free space for new photos. Furthermore, I have NOWHERE the SAME picture saved, meaning that I do not spend my entire life searching amongst dozens and dozens of duplicates when I want to locate a single picture.

However, do not forget to have a reliable backup method in place, since eventually your hard disk will break down. I have chosen Acronis True Image for that purpose.

So, in summary, each photo I want to edit I can find it in LightRoom and for every picture I want to post online, the procedure remains the same.

We’re not finished though. What happens when you take a picture and want it posted online AT ONCE?

Usually, these photos are taken using your mobile phone. You see an accident on the road, you come across a cat holding a mouse on the mouth, you just bought your new car/house/smartphone/jewelry/clothes/shoes or… gums. You took a selfie having a great time submerged in… champagne.

Hello world! Here I am! Look, look at me! Wow, just look what happened right before my eyes, right NOW.

That kind of thing. Or, you simply want to share some of your activities.

You are not much interested in the quality of the photo. You could not care less about the proper light or white balance settings. All you are excited for is sharing the picture. The whole world can see right now what you have just experienced.

If this is the case, Instagram is your ally.

Posting on Instagram: The app offers multiple photo filters and adjustments on the fly. Not in a rush? You can retouch the photo, add your personal signature applying the effects that suit you the most. In a hurry? Just click next, next and done. That’s it!

It is really up to you how you are going to make things work according to your personal needs. What is best for me may not be the optimal choice for you. However, take note that I have concluded on this specific workflow after long and thorough research.

For example, I studied how the well-known photographers and filmmakers update their profiles on the social media, such as Philip Bloom who recently visited Skiathos island in Greece – sharing some unique photos.

These guys accumulate a huge volume of images online. How do they manage to share their photos? How do they post their images online? Which services do they use? I found that reverse engineering research is not that complex on social media.

And of course, there is nothing wrong in mimicking a good method that works.

So, if you feel I have helped just a little by sharing a few tips that could make your photography life easier when you upload and share your photos or organize your albums,  I would be glad to know about it reading your comments below.

Enjoy your <Clicks> and <Tch-tchicks>!

Since I wrote these lines, I think I’ve found a better and quicker way to get your photos online. In brief, here’s what I do:

Let’s now describe the drill with an example, starting from step 3.

How we share a photo from LightRoom to Google Photos

First things first. Download the Google Photos app for desktop. Then, connect your Google account and pick the folder, which will act as your backup source. Every photo in that folder will auto-import in your Google album.

Next, choose the same folder as the export location of your LightRoom photos.

In this example’s photo, I right-clicked and chose to “Export with Previous”. According to the export settings, the photo is exported in high-quality JPEG format in that very folder.

Automatically, the photo is uploaded to Google Photos!

From this point on, and given I shared the photo to social media…

…I move on to Instagram and turn on my smartphone. I find the Google+ post I just shared,…

…and I paste the text on Instagram that accompanies the photo.

Voila! The photo is EVERYWHERE. Don’t forget to add tags to your picture on Instagram. 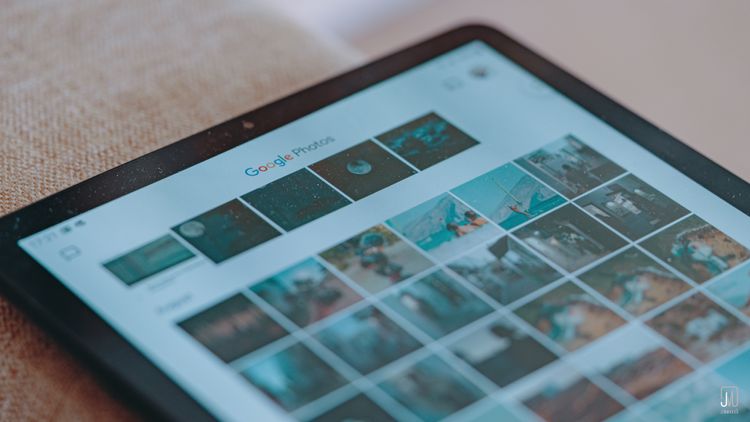 Where should I store my photos online? In the Flickr vs Google Photos battle, I opt for Google's cloud storage as a web publisher and blogger.
Oct 9, 2020
6 min read
Oct
04 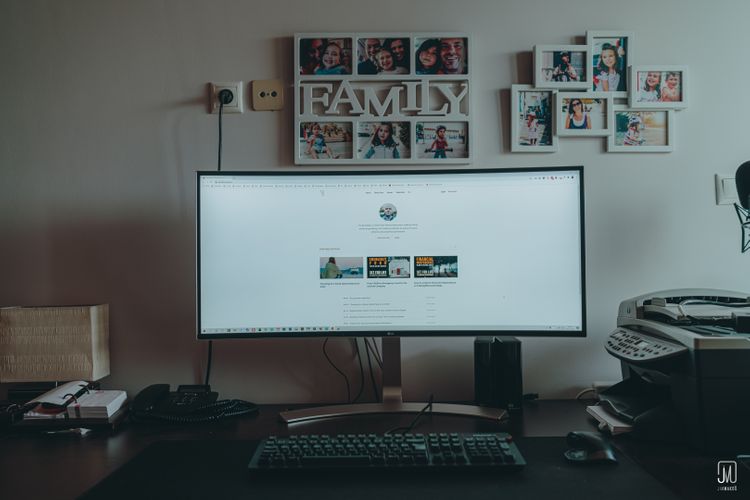 Moving from WordPress to Ghost and Hosting Photos Online 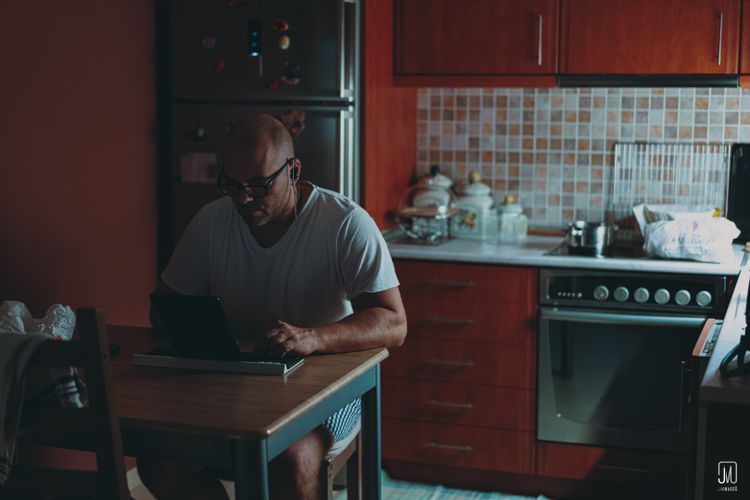 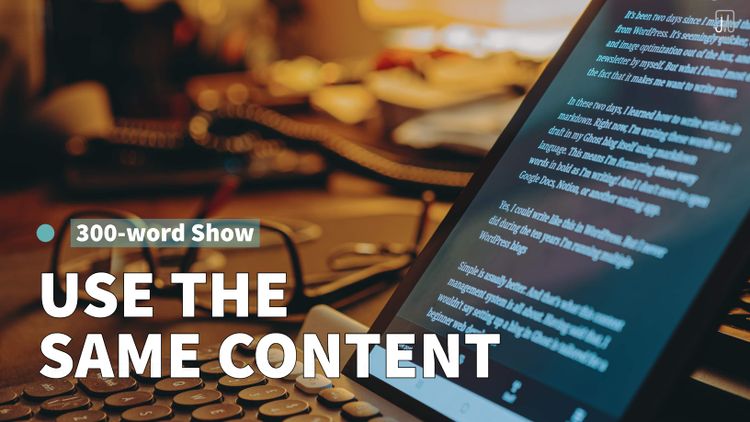 By repurposing content, I can create a lot more content, based on the content I consider perfect in the first place. So, quality AND quantity. Win-win!
Jul 14, 2020
1 min read